Together with widely published expert on French thought Dr Justin Clemens and recognised artist of playable digits Dr Adam Nash, I am currently translating into , the of the Greek-French thinker Kostas Axelos.

I discovered and covered Axelos in my doctoral research. His thought belongs to the most original of French post-modern philosophy due to being based on the Ancient Greek sage Heraclitus. For me, Axelos' contribution lies in pointing out that Heraclitus' standpoint pins the fulcrum of thought.

In spite of Axelos’ vast contributions to French intellectual culture, his thought on play is little known in the English realm. With the worldwide accelerating omnipresence of games in planetary and virtual space at the dawn of the 21-century, Axelos’ thought on the play of the world remains timely.

First published 50 years ago and republished last year, this major work of French philosophy remains book on the game. Our translation will be published this year by Edinburgh University Press.

> Read Back Cover Text
> Be notified upon Release

The play of the world plays through the great powers that link the human to the world – myths and religion, poetry and art, politics, philosophy, science and technique –, themselves set in motion by the elementary forces: language and thought, work and fight, love and death, and the play of the human, who is player, plaything, and out-played. The 'is' the play of the being in becoming of the fragmented and fragmentary totality of the multidimensional and open world, it deploys itself as God-problem, cosmic world, human in the world, world history, being–nothingness, everything–nothing, world–unworld. The play contains and surpasses – as a horizon without foundation – all play in the world, it crushes and embraces all the plays and all the rules, all the transgressions and all the calculations, all the significations and all the interpretations, all the truths – triumphal figures of errance. Play of time, it supports all the massive or broken readings, which are given, even those, which occult it, and it revolutionises all the appellations. 'It' seems to require to be said as a questioning and planetary thought, a language at once encyclopaedic and aphoristic, a systematic and fragmentary writing. 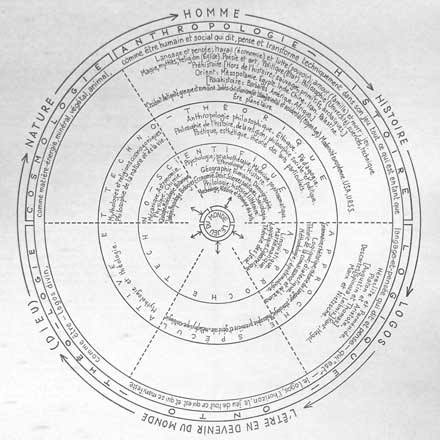 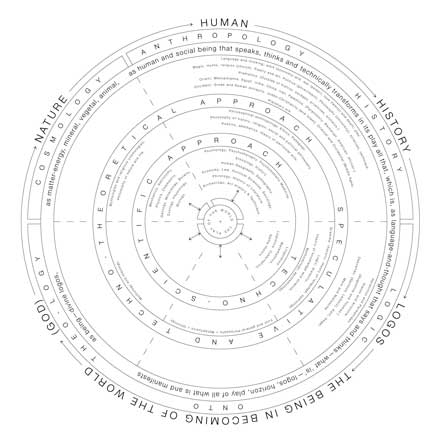 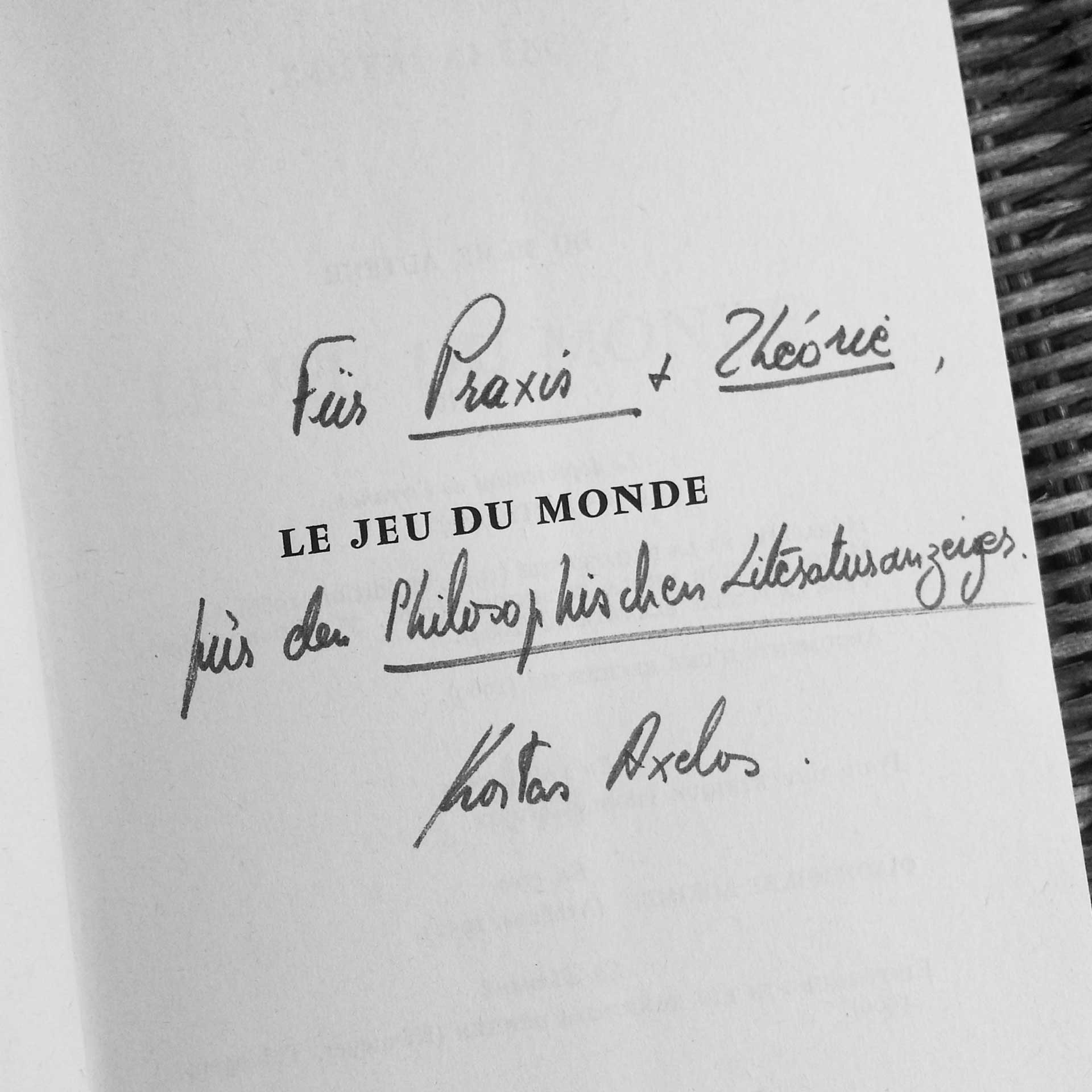 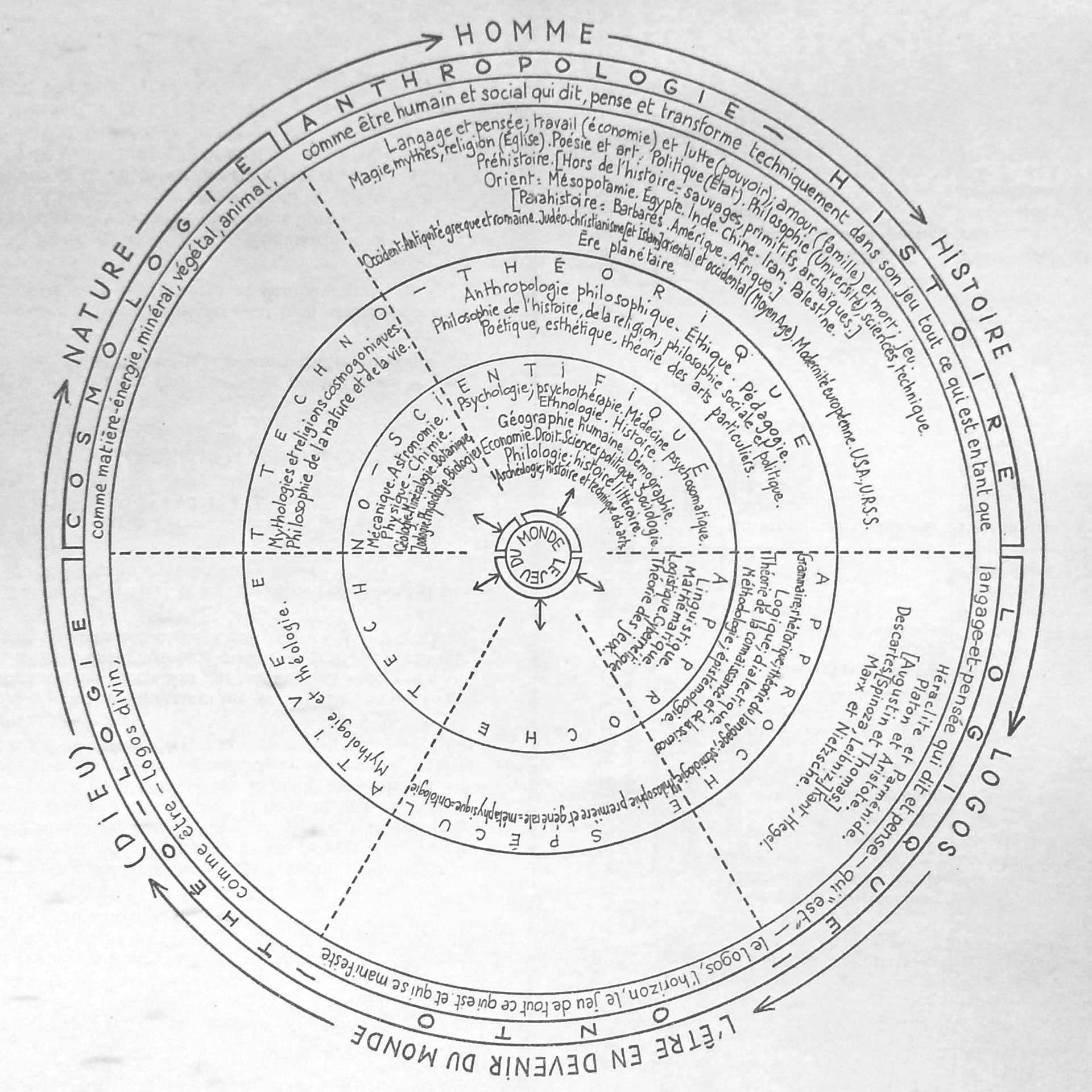 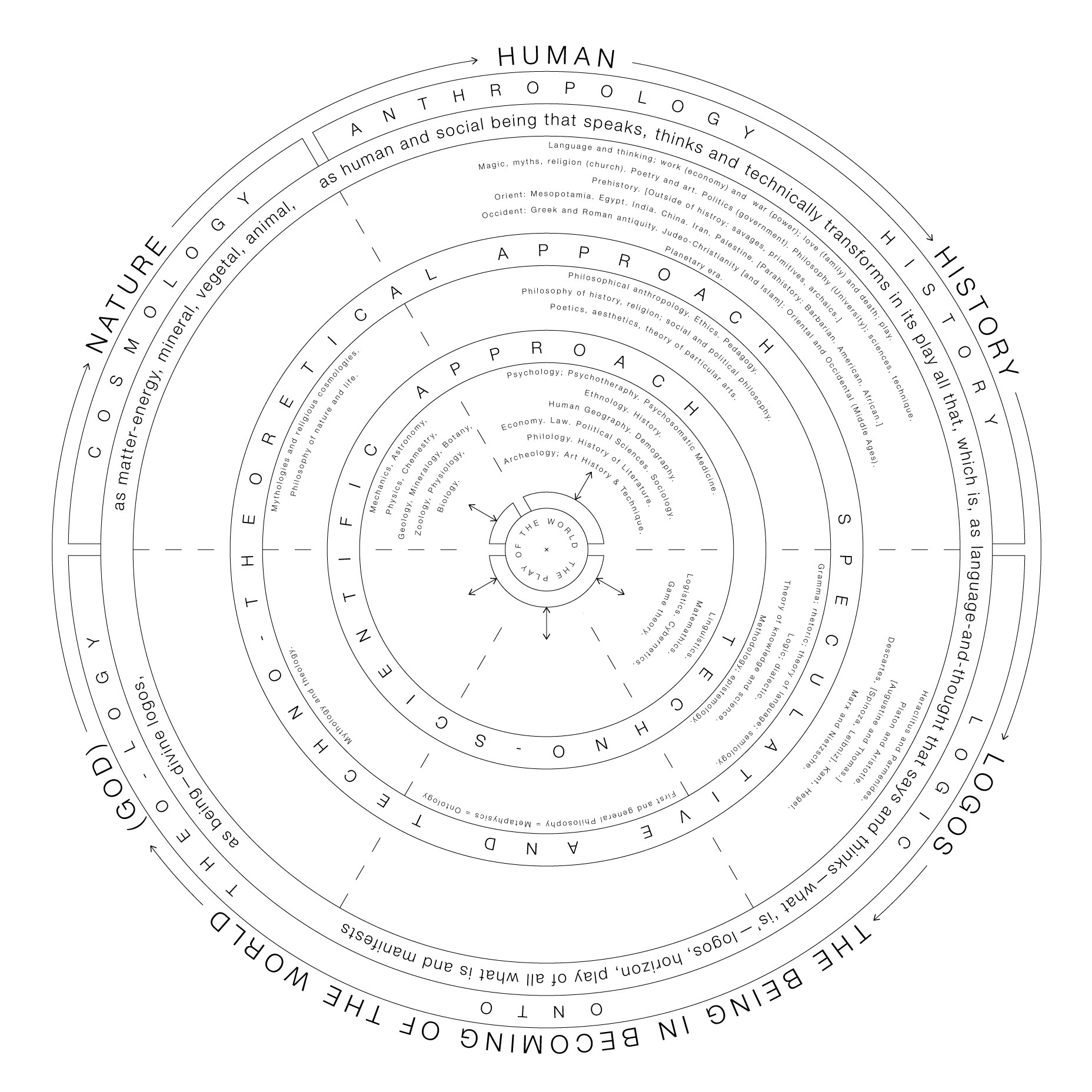